Solid Rock member Bruna Alves immigrated to the United States from Florianopolis, Santa Catarina, Brazil, 15 years ago as a teen with nothing but her travel companions (her mom and stepfather) and all of her belongings that fit into the size of a garbage bag.

But she also came here with big dreams, high hopes, and the love of Jesus in her heart, which would arm her for the battles that lie ahead.

“In Brazil, my dad walked out when I was very young,” says Alves. “My aunts and my family who raised me were Christians.”

The tall, stunning redhead used to model in her native country and had aspirations of doing the same in New York City. She did so for a few years, but ended up hating the modeling industry and the pressure to have a picture-perfect body.

“It was very rough in the beginning,” she says. “After a year living in New York, there were a lot of problems, so I ended up moving out and moving in with my pastor at the time and his wife in Connecticut.”

Turns out that was short-lived, as the pastor and his wife decided to move to South Carolina a few months later, and Alves followed, finding work as a waitress and moving into a small, one-bedroom apartment in River Oaks.

“Eventually, after three months of working with the restaurant, they promoted me to manager,” says Alves. “I realized then that I had a really good business sense.”

Her next chapter of life was a whirlwind. She got married at 18 and gave birth to two beautiful daughters, all while running a construction business with her husband and serving in five different ministries for the church she had belonged to, which included the homeless ministry, a dance worship ministry, and a women’s group – plus, she started a youth group. And she started going to a bible college to study spiritual counseling.

“We would travel to different states and I would preach and translate to other Brazilian communities,” says Alves.

Unfortunately, Alves and her husband got divorced after eight-and-a-half years of marriage.

“It was pretty difficult,” she says. “My culture really did not believe in divorce. No matter what, you always stayed with your husband, but it was impossible for me … Everybody from that church, friends, were very judgey – people I knew for eight, nine years.”

When that support system crumbled, however, God strengthened Alves’ relationship with her mom.

“It is amazing how God works in incredible ways,” she says. “It was like healing seeds. When I found myself alone, I was able to talk to my mom about the struggles and the pain and the hurt, and we were able to heal a lot – both of our hearts through that moment.”

It was also during this time that Solid Rock Church began healing Alves’ broken heart.

“That started four years ago. For about two years, I never really talked to anybody,” she says. “I was in a very difficult place. I always blamed myself for the divorce … It was very hard to see that it takes both sides. It was very difficult because I saw my kids struggling. And I told myself I would never do ministry again.”

But God had other plans. She slowly realized the love and support surrounding her at Solid Rock, felt the warm embrace from the family of members through Bible studies, and joined the church.

“That’s when things started turning around and God started doing really good work in my heart,” says Alves, “and I just started focusing on my growth and my healing.”

Today, she leads a team of 40 who serve in the homeless ministry at Solid Rock. They bring water, snacks, prayers, and words of encouragement to the homeless in Chapin Park every two Sundays, and just recently began leading a church service in the park.

The name for the ministry came to Alves through a whisper from God in the ocean breeze when she was on the beach one day: HOPE (Healed, Overcomer, Pardon/Forgiven, Eternal Life).

“Our first goal is for them to know Jesus and the second is to get them off the streets,” says Alves. “Lately, I’ve been noticing that a lot of these people I work with are people I’ve worked with over the last16 years and they never leave. … They want Jesus, but it’s very hard to see a full life change. It’s a constant spiritual battle, but as soon as we step foot in the park, they come running and say, ‘I missed you,’ and hug you, like you’re their family.

“It’s life-changing,” she continues. “Because I feel if the last thing that they will ever see is hope and someone who truly loved them and to know that there was a God that loved them, I’m OK with that. … I’ve been through a lot of rejection and I know what it feels like to be unwanted. Other people may see a person who smells bad or who isn’t a functioning member of society. I see somebody’s heart.”

The work Alves does is not for the faint of heart, but it is what God has called her to do. She describes the homeless ministry as the kind of work that thrives on unconditional love, where you constantly show up because that’s what Jesus does, regardless of whether or not there are success stories.

Alves, 30, also serves Solid Rock as a Portuguese translator as needed for any Brazilian congregation members in attendance during Sunday services. On the other days of the week, she runs her own cleaning business, Super Cleaners.

Newly engaged, Alves and her fiancé, Ricky Pabon, also a member of Solid Rock and the church’s “sound guy,” plan to wed on Oct. 22.

“God had told me he was going to bring somebody in my life and I just kind of focused on my healing and stopped and waited and he did,” she says. “He’s pretty incredible and has an amazing heart.” 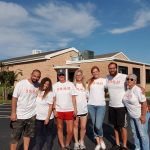 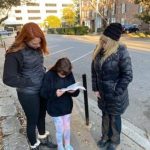 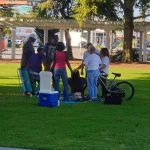 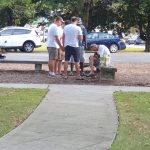 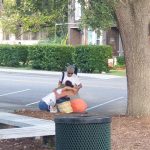 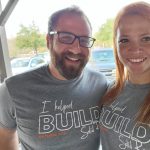 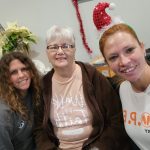 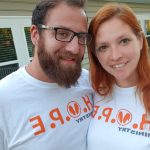