Pastor John-Paul Miller spent his teenage years playing the piano in churches as well as night clubs.  He thought “Church was for fake people who were one way in public and another way behind closed doors”.   One day in his mid 20’s he gave his life to Jesus Christ.  In 2006, John-Paul stepped out in faith and started his first church, Solid Rock Ministries, in the Socastee Library.  His first sermon was 6 minutes long because he only knew one scripture. His first congregation was his family, a few friends, and several former drug related acquaintances.
Pastor John-Paul (PJP) has been involved in the music department of churches all across the Grand Strand area before starting his new church, Solid Rock at Market Common, where he has Pastored since 2016.  PJP has five children: Logan (who is married to his wife, Madison), Zachary, Eli, Asher, and Selah.  PJP and his wife, Mica, have a heart to “Love God and Love People”.  The welcoming, real, and approachable attitude is what has won the hearts of everyone who attends Solid Rock at Market Common.
To learn about the rest of our leaders please click here. 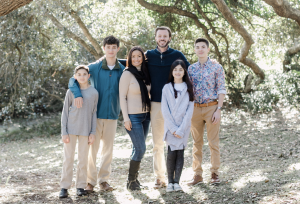 To support this ministry and help us continue to reach people all around the world click here: https://app.easytithe.com/app/giving/srm